Baked, with cottage cheese and dill.

It occurs to me, seeing all these cans, that we didn’t actually talk about the history of commercial canning yet. Plenty of home canning talk, but not a lot of tin in the mix. 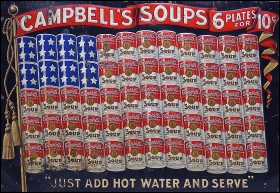 In 1795, the French government offered a prize of 12,000 francs (around $45,000 in modern currency) to anyone who could devise a method for preserving food from spoilage so it could be more easily moved with troops.

(Some sources attribute this to Napoleon Bonaparte. While he was a general in the army at the time and came from a reasonably wealthy family, he may or may not have been under house arrest at the time due to his association with revolutionaries during the Thermidorian Reaction, which we talked about in the lobster Thermadore post. It’s unlikely he was deeply involved in arranging fabulous prizes for contests.)

Nicolas Appert was a confectioner working in Paris at the time, and incentivized by the prize, started working on a process for preserving food that would eventually win him the prize. Food was packed into tall glass jars with lids placed on loosely; the jars were boiled for five hours, then sealed with wax. While this process tended to eliminate any flavor or color in the food, it did preserve it, and Appert won the prize. He used the money to open a “food bottling” factory in 1812.

Mind you, he had no idea why this worked. But to be fair, nobody did; Louis Pasteur wasn’t even born until a decade after the factory opened, and it wouldn’t be until the 1860s that his work would even touch on bacteria in food and drink. Strange to think of it today, but for for half a century people ate canned food with no idea why it wasn’t going to hurt them.

The next few years were a whirlwind of activity. Appert’s method was first tested by the French Navy in 1806, and he received the prize in 1810. But even before that, another French inventor, Philippe de Girard, had realized the shortcomings of glass bottles and devised a method of preserving food in cans. Iron (sturdy, but prone to rust) was covered in tin (rust-proof, but soft) and the food was welded inside.

Girard communicated the idea to Englishman Peter Durand, who secured an English patent on the process of canning food in the same year Appert won his prize. Appert used the prize money to build a cannery in 1812, which was then promptly burned to the ground in 1814 by Russian, Austrian, and Prussian armies in the Battle of Paris.

Appert rebuilt the factory, and by 1822, had adopted the tin-plated can instead of the glass bottle, never realizing that it was a French invention.

So what happened in the United States, then? 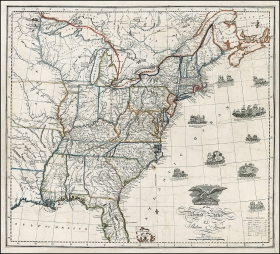 In 1806, when Appert’s glass bottles were being tested, England-born engraver Thomas Kensett was working in New Haven, Connecticut, making maps and Masonic aprons. In 1812, he made a the first of a series of maps of the United States that were among very few at the time to chart forts and settlements in the states at issue.

By 1819, Kensett and his father-in-law Ezra Daggett opened a cannery in New York City, canning oysters from New York harbor, among other things. And in 1825, three years after Appert switched to tin-plated cans, Kensett patented the tin can in America.

So for all of this effort, you’d think the tin can was a runaway success. It wasn’t, for about thirty years.

Three things changed that. Two of them are fairly obvious, and we’ve talked about them pretty recently–the Civil War and the chuck wagon, which we talked about in the post for chuck wagon casserole. Westward expansion and the need to feed troops made canning essential. (It probably didn’t hurt that some people pointed out that the Donner party could’ve been saved if they’d had canned food with them in the 1840s.)

But the third is less obvious to us today: nobody had invented the can opener yet. It wasn’t until 1855 that a Middlesex, England cutlery maker, Robert Yeates, would create the first can opener. (The rotary model we’re familiar with was an American invention from the 1870s.)

Until that time, you had to use a hammer and chisel to open the cans. Not exactly optimal, for the housewife.

But by 1900, the presence of canned goods resulted in two massive changes to the American diet: the introduction of convenience foods (like canned soup and canned pork and beans) and the expectation from consumers that seasonal products could be had year-round in cans, like peas.

Here’s a version from the January 2, 1936 edition of The Waunakee (Wisconsin) Tribune:

I used skimpy 2 teaspoons of crushed basil leaves. For Luther, no hot sauce or soy sauce. I used no fat cottage cheese but there’s some salt–no seafood! I put dry cornbread crumbs on top and sprayed heavily with Pam.