A theme park, wax Jesus, and selling your soul to the devil. 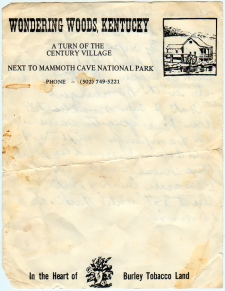 Odd segue, I know, but I can back it up. It’s not really about the recipe itself, it’s about the back of the recipe.
Wondering Woods was about an hour and a half south of Louisville and consisted of three main areas with religious and historical themes.

(No, I don’t know why anyone would take their children to a history-and-religion themed park. Cedar Point has rollercoasters. Wondering Woods showed you how to shoe a horse. This would be the first time in history a kid faked sickness to avoid going to a theme park.)

Here’s an explanation of the theme from the March 11, 1973 edition of the (Hamilton, Ohio) Journal-News: 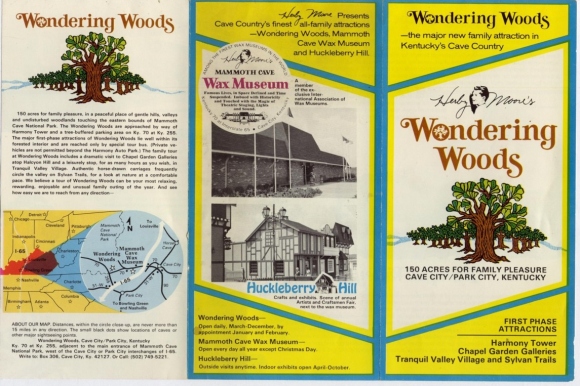 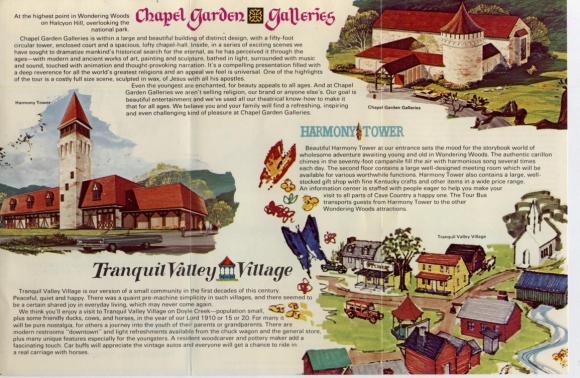 I really like this part: It’s a compelling presentation filled with a deep reverence for all the world’s greatest religions and an appeal we feel is universal. One of the highlights of the tour is a costly full size scene, sculpted in wax, of Jesus with all his apostles. Oh, okay. Universal. 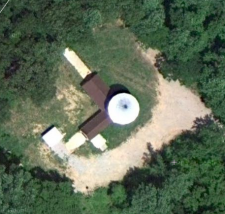 The park closed in 1992 and the land was donated to, and absorbed into, the Mammoth Cave National Park. The Park service’s original plan was to tear down all the buildings and return the area to nature as best as they could, but as it turned out, one surviving building had a rare species of long-eared bat living in it. So the rotunda from the Chapel Gardens is still there, although you can’t enter the area without a permit.

Fortunately, we can get a little peek at the park as it was, more or less. It was used as a filming location for the 1975 film The World Through The Eyes of Children. (The “more or less” is that the film producers painted the cobblestones onto the road, but they remained afterward.)

The overall theme of the film is about senior citizens who sell their soul to the devil to be children again. Rated G, somehow.

Cook any kind Italian seasons such as pepper, oregano, garlic, etc. with hamburger.

Put in casserole dish and bake at about 350 deg. until thick, or about 10 minutes.