The man you need to thank for these is the same man you blame for your peas. 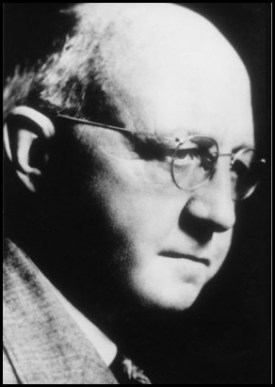 Born in Brooklyn, New York in 1886, Clarence Birdseye took a strange path to food immortality. He studied to be a naturalist at Amherst college in Massachusetts before dropping out and working in the fur trade and practicing taxidermy.

During one of these trips sometime in the 1910s, he visited Labrador, the northern part of the Canadian province Newfoundland and Labrador. While there, he saw Inuit ice fishing; during the winter, the fisherman could catch a trout, hold it up, and it would freeze.

The thing about frozen food at this time is that commercial refrigeration relied on forming ice to make frozen food, meaning the temperature was about 32 degrees Fahrenheit. Food froze slowly, and as we’d ultimately learn, the slower food freezes, the larger the ice crystals that are formed.

When you’re making a granita, that’s really helpful, because you want big crystals. When you’re freezing meat or vegetables, however, the larger crystals do more cellular damage, and the thawed food is mushy and watery.

Winter temperatures in Labrador, however, can reach as low as -40, once wind chill is factored in. The fish freeze almost instantly in the air, forming much smaller crystals that do less damage. When cooked, it’s hard to tell it was frozen at all.

This started Birdseye down a path of innovation that led to led to a number of patents for freezing and shipping fish. Having realized that the speed of freezing was crucial, his early attempts focused on reducing the time it took for fish to freeze by changing how fish was processed. He felt that the irregular shape of fish led to air insulating the fish in its shipping container, slowing the process.

So in 1924, he obtained a patent on a liquid-cooled method of freezing fish that removed the air from the container by ensuring every piece of fish was a uniform shape and size, so they could be packed as tightly as possible.

Not a bad idea at all. Birdseye started a company to sell his fish, which promptly went bankrupt because people didn’t realize that his frozen food was better than what they’d experienced. He continued to develop patents for chilling, experimenting with chilled steel belts before settling on the system that would dominate the market for decades in 1929: the plate froster, which works by pressing two refrigerated metal surfaces against the fish.

He sold his patents and assets to the Postum Company for $22 million that same year, then worked for Postum and eventually the subsidiary named after him: “Birds Eye.” Postum had quite a bit more marketing money and got consumers to try the food by giving grocers free freezers to stock the food and buying back any un-sold goods.

By the mid-1930s, fishsticks were a favorite among children nationwide.