A recipe from my mom’s collection. 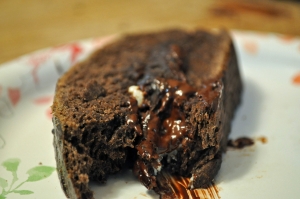 Given that my mother wasn’t alive anywhere near 1935, a recipe dated 1935, written on a napkin, in her handwriting, raises more questions than it answers. The explanation is a story that goes back another generation.

Grandpa Mike, my paternal grandfather, was the son of immigrants from Eastern Europe in Ohio, and he’d had two basic careers in his life–as a poker player and fence salesman, with a stint in Army Intelligence during World War II between them. Dori was named after his first wife, who died before we were born.

His tastes were about what you’d expect from a guy who smoked pipes and cigars most of his life and had the rumbling low voice to prove it–he generally enjoyed food that was sweeter, saltier, more tart, more acidic, and in general, more brutally blunt than those of us with fully functional taste buds would enjoy.

Fortunately, Cleveland in the mid-20th century was an excellent place to obtain foods like this. To this day, places like Slyman’s and Corky & Lenny’s serve traditional Eastern European Jewish fare, where the four food groups, as far as I can tell, are cured, pickled, smoked and rugelach. Cleveland also had large Hungarian and Polish diaspora populations, meaning you had an easier time finding pierogi than tacos. 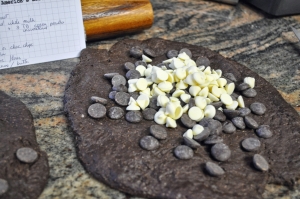 Around 1980, when my parents were only married for a few years, he would sometimes stop by my mother’s office and take her out to lunch. (This is what I’m told, anyway, since I was two years old.) I get the impression that it wasn’t so much about welcoming her into the family as it was that he wanted to eat unsupervised, eating things his second wife wouldn’t put up with.

“At the same time,” my mother says, “I think he genuinely felt that he was sharing his culture. There were aspects of his childhood that he re-lived in these places.”

He ordered coffee to come with the meal, and if the cup ever managed to reach the halfway mark, his hand would dart up and he’d flag down the waitress, a habit that drove my mother nuts. Evidently, we had the same drink, which I didn’t know until today–scotch, neat.

“One day, he drags me to this place in Tremont. I swear to you, it could not have been a legal restaurant, because it was the back of somebody’s garage, and he says, ‘They make their pastrami at home.’ You know those empty white paint buckets? That’s what the pastrami was cooking in, and they smoked it in these half-barrels, and your grandfather thought it was the best food in the world.”

“So I decided to scare him. I dragged him to 105th and Euclid and I ordered him a Loverboy with the works.” This was a loaf of sliced white bread with the slices fanned out, with a foot and a half long Polish sausage on top, with french fries and ketchup; then, the slices are rolled into foil and you eat it like a burrito. “He loved it,” she says, although I think I’ll never be able to un-hear that recipe.

“In one of his many tirades that ‘my wife is stifling me [by suggesting he eat something where salt was not in the first three ingredients],’ he shows up at my office and said, ‘Get your purse, we’re going out to lunch.’ […] He drags me to this place in North Royalton, a shopping center. I think it’s a cigar joint because the window is blocked. And we go inside and it’s this little smoky joint that looks like a 1950s diner, with red pleather chairs, and two old women in matching dresses–that was the killer part.” 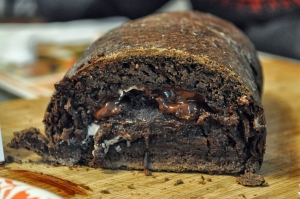 Sadly, she can’t remember the name, but I wouldn’t discount the possibility that it didn’t have a name.

“She finally shows up with this laminated sheet and there’s pictures of the food, but there’s no description, and he says, ‘put that stupid thing away, I’ll tell you what you want to eat.'” He ordered the pork and cabbage plate with pierogi and ordered her the pastrami, mostly, she thinks, because he wanted her leftover pastrami. The dessert came with the meal, and there were two options–rugelach and chocolate bread.

“I’ve had rugelach, I’ve never had chocolate bread. I’ll get chocolate bread.” And it came out and it was hot and fresh and she asked where it came from, expecting the answer would be a bakery in Tremont. “Vera,” they said, and motioned to one of the two women in dresses.

She asked for the recipe and Vera said something in Polish. Ultimately, a dishwasher translated the recipe for chocolate bread.

Fair enough. It looks like this recipe was going around in the mid-1930s, certainly. Here’s a version from a syndicated column in the November 23, 1934 edition of the Sandusky (Ohio) Star Journal:

I’m sure it’s great with a cigar and scotch, too, but what isn’t?