Or Indian meal bread, as it was known.

Everyone is generally aware that the much of what is special in North American cooking in general, and American cooking in particular, was developed by Native Americans and shared with settlers. The greatest contribution was probably in the planting, harvesting, and use of corn.

(Or maize, as the Brits would say. In most English-speaking countries, corn is traditionally a term referring to any cereal grain. That’s changing, however, as American English overtakes British English as the global standard.)

In most cases, there is comparatively little record of how the Native American tribes cooked before European contact. One exception are the Zuni tribe of the Pueblo peoples, and that is largely due to the work of Frank Hamilton Cushing. 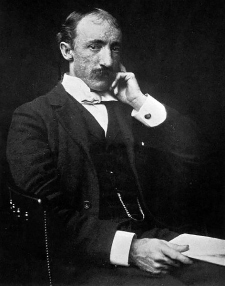 Cushing was an anthropologist who lived with the Zuni from 1879 to 1884 as part of an expedition for the National Museum. He was adopted as a Zuni warrior in 1881 and given the name Tenatsali, or medicine flower. When he left, he didn’t leave willingly; he was recalled to Washington, essentially because he spoke out on behalf of the Zuni when the government attempted to redraw the borders of the reservation unfavorably.

During his stay, he recorded his observations of Zuni life, including how they would harvest and prepare food, in a series of notebooks that would be published upon his return.

In one of those notebooks, Zuni Breadstuff, he mentions a meal of rabbit and cornbread, prepared the traditional Pueblo way:

Mix thoroughly and add enough sweet milk to make a stiff batter. Pour into a pan and bake until brown.