With Monterey Jack cheese, which we should talk about. 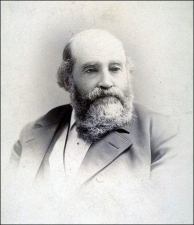 The traditional story of the origin of Monterey Jack cheese is that Scottish-born California businessman and landowner David Jack expanded existing cheese-producing farms, turning their production of queso blanco into a firmer cheese, stamped with his last name and the designation of origin of Monterey, California.

Whether that’s true or not (competing theories include one man who claims he named the cheese after the press, or “jack,” used to make it), it does appear that Monterey Jack is a descendent of the white farmer’s cheese queso blanco. To understand how one became the other, you need to understand a little bit about the basics of cheesemaking.

Very broadly speaking, cheese is a dairy product created by curdling milk and then separating the curds from the whey. Within that basic pattern, there are myriad variations of technique, timing, and materials, creating the diversity of cheese we enjoy; but the most fundamental distinctions in the process of making cheese are how the curdling is achieved, how and how much of the whey is drained, and whether the cheese is aged after it’s produced.

(I suppose I should explain in plain-ish language what curdling is, just in case. If you know what curdling is, skip this paragraph… casein is a group of proteins in milk that are bound together and repel each other. Among the proteins that make up casein are ones that are attracted to water and ones that repel water, held together by peptide bonds. If something breaks that bond, whether acid, heat, enzyme, or bacteria, the proteins that repel water group together and form curds.)

Queso blanco’s manufacture is quite a bit like cottage cheese, ricotta or paneer, in that it’s curdled with heat and acid. Queso blanco would traditionally be curdled with lemon juice; the curds would be strained and drained, briefly; and the resulting cheese would have a fresh, light taste. It would have to be eaten very quickly, because the high amount of moisture still in the cheese would cause it to spoil within weeks, even under refrigeration.

Monterey Jack, however, is produced like most cheeses, including Cheddar, brie, and Parmesan; it’s curdled with heat, acid, enzymes and bacteria (which would generally be present in unpasteurized milk, but are often added in the modern practice of cheesemaking to ensure consistency). Milk is allowed to sour slightly; then bacteria and rennet are added while the milk is slowly heated.

The resulting curds are strained, then pressed to expel more whey. Then the block is air-dried and a wax coating is applied. Finally, the cheese is aged about a month before being shipped, and should be fresh for four months or so, if kept in a cool place.

So for all that might be wrong with David Jack (and there’s quite a bit–he was known to lend money freely and foreclose quickly, displacing families), it seems more likely than not that a businessman who wanted to sell and move more cheese along the West coast would be motivated to introduce the techniques that make Cheddar last longer than cottage cheese. The explanation that pressing the cheese with a jack is how it got its name is silly, because the majority of cheeses get the same treatment, and none of them carry the designation.

Enjoy with tomato and onion salad and Spanish rice.

Mix together with hands it crumbs the meat.

Put meat in taco shell that has been heated in the microwave; roll up like taco; then fry taco with meat and drain in strain.

I think this is the idea: