Potatoes are a relatively recent addition to recorded cuisine.

While Incas ate (and venerated) the potato, there were no potatoes in Europe until the 16th century. Spanish conquistadors arrived in South America searching for gold. Instead, they found potatoes, and even then, didn’t know what they were looking at. Quesada brought them back to Spain in 1565 and the Spanish thought they were a kind of truffle.

In 1589, Sir Walter Raleigh brought potatoes to the United Kingdom, planting them on his estate near Cork, Ireland. As the story goes, to show off his discovery, he held a banquet for the upper class. Unfortunately, he neglected to explain to the chefs what potatoes actually were. Rather than using the potatoes themselves, they boiled the rest of the plant.

Also unfortunately, the stems and leaves of potato plants are high in a compound called solanine, which happens to be toxic to humans; it’s the same toxin found in the deadly cousin to potatoes, eggplant, and tomatoes alike: nightshade. The effects vary from confusion and headaches to coma and death. Sir Walter Raleigh’s party experienced something in the middle. As the potato plants (through no fault of their own) had poisoned an entire banquet-table of British nobility, they were banned from court.

Incidents like this spread through Europe, and by the dawn of the 17th century, potatoes were blamed for a collection of afflictions including sterility and syphilis. The most famous example of this is an edict attributed to the free imperial city of Besançon, then part of the Holy Roman Empire, located in what is now part of France: “In view of the fact that the potato is a pernicious substance whose use can cause leprosy, it is hereby forbidden, under pain of fine, to cultivate it.”

(Obvious note: abuse of potatoes may enlarge your waistline, but modern science assures me that no amount of use or abuse will cause anything to fall off.) By 1748, the French Parliament had banned potatoes for human consumption altogether, and most of Europe (outside of Ireland, where Raleigh’s party hadn’t quite turned off the locals) considered them useless, except as animal feed. 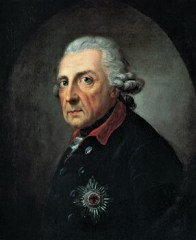 Around the same time, King Frederick II of Prussia started to view potatoes as way to avoid potential famines, as the potatoes could substitute for grain and be used to make bread. He made them part of his army’s diet in 1744; in 1774, during a famine, he ordered peasants to cultivate them as food. And still, some cities resisted: the town of Kolberg supposedly replied to his suggestion: “The things have neither smell nor taste, not even the dogs will eat them, so what use are they to us?”

Frederick II sent troops to enforce his suggestion and threatened to cut the nose and ears off any peasant who didn’t plant potatoes, which, I suppose, is an implicit response to Kolberg’s complaint along the lines of, “the use of cultivating potatoes is that it’ll keep your head from looking like a potato.” But he had another, more subtle method of persuasion: he established a heavily-guarded royal potato field and then told the guards to do a lousy job and permit peasants to sneak in and steal the potatoes to plant their own.

Without realizing it, Frederick II had set in motion the culinary redemption of the potato, but not for his national growing program. Actually, it was his military prisons that did the trick. 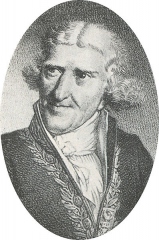 The man most responsible for the culinary redemption of the potato is the 18th century French military chemist Antoine-Augustin Parmentier. During the Seven Years’ War, which ended in 1763, he was taken prisoner by the Prussians and forced to live on a diet of potatoes. His experience convinced him that potatoes were a crop that could save lives by avoiding famines. He won a prize in 1773 for suggesting the still-banned potato as a diet for patients with dysentery. The contest, by the way, was sponsored by the Academy of Besançon, the now-entirely-French city that banned potatoes for supposedly causing leprosy.

Parmentier approached King Louis XVI in 1785 to propose cultivating potatoes more widely, and the King granted him about a hundred acres of land west of Paris. He planted potatoes there and took a page from Frederick’s book: he posted a heavy guard during the day, then withdrew them at night to permit peasants to loot the fields. He hosted potato-themed dinners (and served the tubers and not the plants), inviting luminaries like Benjamin Franklin to eat and comment. And while Louis XVI’s views on peasant looting diverged from Parmentier’s somewhere around 1789, Parmentier was around to oversee the cultivation of potatoes in the Tuileries Garden to fight famine in 1795.

France was sold on potatoes, and as goes France, so goes Western cuisine. Parmentier is remembered in two potato dishes: potage Parmentier, a pureed leek and potato soup, and pommes Parmentier, cubed potatoes fried in butter, sometimes with bacon or herbs. As for Frederick II, for his peculiar assistance in this story, visitors to his grave still leave potatoes.

Bake in hot oven forty minutes until soft. Remove from oven and serve at once. If allowed to stand the skin should be punctured or potatoes will become soggy.

Yesterdish suggestions: Before putting the potatoes in the oven, puncture them repeatedly with a fork, rub them with olive oil, and sprinkle with kosher salt.