Eggnog Pie was a recurring reference in Ernest Lynn’s 1930 serial “The Hollywood Story,” a tale of power, seduction, and intrigue. And pie. An example of a reference from the August 15, 1930 portion (this particular excerpt from the Wichita Daily Times):

Lynn was an employee of the Newspaper Editors Association and went to Hollywood to collect material for his piece. 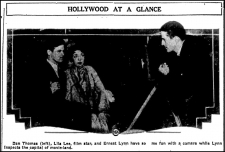 Henry’s was a real place on Hollywood boulevard, near Vine street, and Lynn mentions it briefly in a nonfiction piece in the April 5, 1930 edition of The (St. Petersburg, Florida) Evening Independent: “Henry’s restaurant, which never closes and where, sooner or later, you see everyone in Hollywood…”

Henry’s Cafe, as it was properly styled, was financed by Charlie Chaplin and operated by one of his stock players in his films, Henry Bergman. It was the first restaurant in Hollywood to stay open past midnight, and that made it a popular hotspot for celebrities like Myrna Loy and Al Jolson. In 1932, Bergman sold the restaurant, and it became Sardi’s. Ultimately, in 1936, a fire destroyed the site, and the Brown Derby eventually became the hotspot for celebrities. 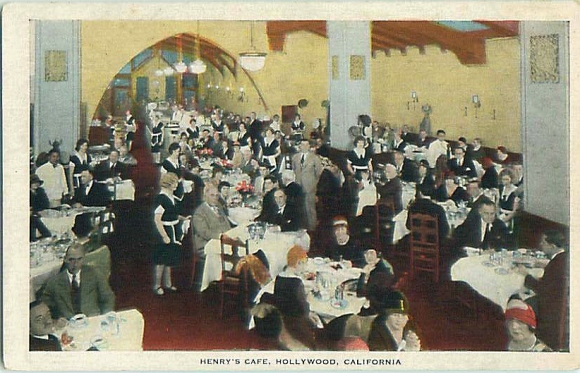 Stir a small amount of mixture into beaten egg yolks. Return to double boiler and cook a few minutes.