I’m worried by the quotation marks in this recipe. 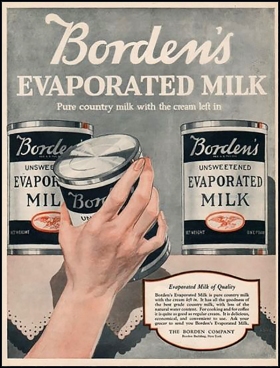 Born in Norwich, New York in 1801, Gail Borden had a career as a failed newspaper publisher and a moderately successful public servant in the Republic of Texas before his first wife died in 1844 of yellow fever. After her death, Borden started inventing things, especially things that would help preserve food. (While yellow fever is transmitted by mosquitoes, that wasn’t even a theory until forty years after Penelope Borden died. In the 1840s, most people theorized it was spread either by person-to-person contact or by tainted food.)

Borden mixed a concentrated beef broth with flour and baked them into biscuits, making what were, in essence, bouillon cube crackers. They did have the distinct advantage, however, of not spoiling, and he showed his invention at the 1852 London World’s Fair, where he took home an award for them. Borden expect he’d sell his invention to the army, but as it turns out, nobody wanted to eat salty beefy hard tack.

Now, at the time, some passenger ships carried livestock to provide food en route. For example, the SS Great Britain, which we met in the post for biscuits from Winston-Salem, North Carolina, carried a menagerie that included chickens, ducks, geese, turkeys, pigs, sheep, and cows.

When the milking cows stopped giving milk to feed the babies (killing one of them, as the story goes–although that’s self-reported by Borden, so who knows), Borden decided he’d revive some of his other preservation ideas that he’d set aside to work on beef biscuits. One of them used vacuum pressure to evaporate 60% of the water from milk, then preserve it in cans. This evaporated milk could then be reconstituted in a one-to-one ratio with water.

Although we don’t think of it this way, evaporated milk’s intended use was to be like condensed tomato soup: empty the can into a pitcher, fill the can with water, and mix the two to create a reasonable facsimile of milk. Later, Borden added sugar as a further preservative, which he marketed as condensed milk. 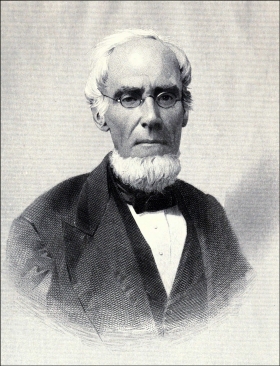 There were some growing pains with getting the public to understand the product. One was a rash of cases of rickets, a bone disease that can be caused by a lack of vitamin D in the diet. At the time, condensed and evaporated milk was made with skim milk, and while it’s high in calcium, vitamins D and A are in the milkfat–which is why most skim milk today is fortified with added vitamin D and A. Borden’s 1920s advertisements highlight that their evaporated milk has the milkfat left in it, and today, you cat get either version.

Even more baffling was that, in these days before the USDA, some consumers were hesitant to drink reconstituted evaporated milk because it has a gray-ish cast–never mind that milk was frequently adulterated with powdered chalk to make it nice and white. Eat with your eyes, indeed. But fortunately, evaporated milk caught on, in part because of the chewy, yet tender texture it could impart to cookies like these.

A couple last odd wrinkles: another name for yellow fever is “Yellow Jack.” So Borden’s wife dies of Yellow Jack, and he makes evaporated milk that shows up in one-eyed jacks. Hmm. And if you base your portion sizes on trivia, there are two one-eyed jacks in a deck of cards: spades and hearts. And as for the quotation marks in the recipe on the card, well, I’m not sure I really want to know what “raisins” are.