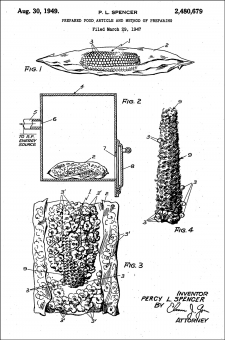 The high cost and questionable nutritional value of some convenience foods led to a backlash that created a generation of “kitchen hipsters,” people who made a point of avoiding certain kitchen tools and appliances. While this was more common in the 1980s and 1990s, even today, there are people who take some kind of perverse pride in pointing out how they don’t have a microwave, or coffeemaker, or even aluminum foil. (Yes, I’m sure the fact that you rest your barbecue ribs in a burlap sack makes you a better person. Enjoy your string-covered pork.)

(To the extent I’m guilty of this, it’s only in my refusal to have a garlic press. This isn’t out of an opposition to a garlic press; it’s that I’m a grown man with fists and I can smash garlic faster than I can open a drawer. If I ever lose the ability to hit things, I’ll get a garlic press.)

But microwaves aren’t inherently good or bad. Broadly speaking, anything you could steam, you could cook in a microwave (as we saw with the steamed corn recipe). That said, it’s interesting to look back at the original patents for kitchen microwaves and see what the original intent was for the devices.

The first patent was strictly mechanical. The second outlined a product everyone has used at one point or another–microwave popcorn in a bag. There was one wrinkle, though. The corn was still on the cob. The third patent demonstrated something we probably haven’t had–microwaved lobster. Without a probe microwave, I wouldn’t try it, but the probe version illustrated in the patent would work nicely, provided this was one of the models that used temperature readings from the probe to adjust cooking times.

Cover container with plastic wrap and poke a hole for steam to escape. Microwave high 4 to 5 minutes until mixture comes to a boil. Continue to microwave on half power for 8 minutes. (Will easily boil over.)

Remove plastic and continue cook on half power for 8 minutes. To test dip spoon in jam. Run finger on back of spoon. If it leaves distinct trial without closing jam is done.